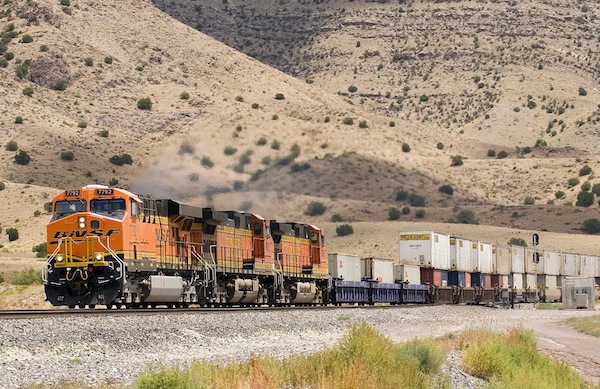 The conversion of over-the-road freight to domestic intermodal shipping could accelerate in the next few years if federal hours-of-service limitations are implemented as planned and motor carrier costs keep rising, according to a third-party logistics executive.

Domestic intermodal volumes are growing at twice the rate of growth of the nation’s gross domestic product, a strong indication that it is gaining market share. Also, railroads are aggressively expanding their intermodal business, Wedaman said.

The Class 1 railroads are each investing $2.5 billion a year in their operations, with much of the investment geared toward intermodal. As publicly traded companies, railroads must grow, and intermodal volume is increasing while the past year saw declines in other commodities such as coal, grain and boxcar merchandise, he said.

The railroads are going after over-the-road freight where motor carriers have always been strongest, which is over shorter distances. The railroads have invested billions of dollars in projects such as the Crescent Corridor in the Southeast with the intention of gaining market share in these dense traffic lanes, Wedaman added.

Much of the short-haul competition has taken place in the East, where population centers are closer together, but the western railroads are also competing for domestic freight in the I-5 corridor on the West Coast and from port cities to inland locations such as Salt Lake City, Wedaman said.

Intermodal has certain disadvantages. More city pairs are served by highways than by rail, and intermodal transit times are longer. The rule of thumb is that truck transit time plus one day is good performance for intermodal.

However, intermodal costs 5 to 10 percent less than truck service, Wedaman said. Railroads generally show little flexibility in pricing, but they are beginning to engage in spot pricing in certain lanes at certain times of the year, he said.

Transportation costs will be more of an issue if proposed hours-of-service limitations for truck drivers take effect in July. The limitations could reduce driver efficiency by 3 to 7 percent. The industry already has a shortage of 100,000 drivers, and the loss of driver time would result in an immediate equivalent loss of another 75,000 drivers, he said. 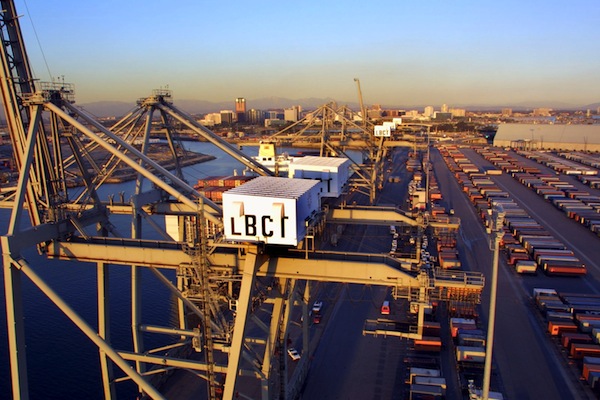 The inability of union officials in Los Angeles-Long Beach to convince office clerical workers to approve a proposed contract that was almost three years in the making points to the need for a permanent solution to the Office Clerical Unit conundrum.

The Office Clerical Unit of international longshre & warehouse union Local 63 shocked the maritime community in early February by rejecting a seemingly lucrative contract that OCU negotiators signed on Dec. 4. Neither the union nor their employers made any public statements as to why the membership failed to approve the agreement.

Office clerical workers process documentation at shipping lines and terminal operators, and they are well compensated for their work. According to the Los Angeles/Long Beach Harbor Employers Association, the proposed contract calls for annual wages and benefits averaging $190,000 per worker in 2016, the final year of the contract.

OCU members, however, never seem to agree to a new contract without a fight. They struck for eight days late last year in the current round of negotiations. Previous negotiations in 2004 and 2007 went beyond the contract expiration deadlines.

So it’s not only inconvenient, but also embarrassing, for the larger ILWU dockworkers’ union that officers of the 600-member OCU affiliate couldn’t convince their membership to approve a contract that has been under negotiation since April 2010. Because the OCU has a foothold only in Southern California, a tarnished labor reputation can lead to a loss of cargo to other West Coast ports as well as to ports on the East Coast and to Prince Rupert, British Columbia.

From the beginning, OCU President John Fageaux has said the proposed contract isn’t about money, but rather the loss of jobs because of technology. The OCU wanted ironclad guarantees that their work will not be outsourced elsewhere.

Employers said the proposed contract includes those guarantees. Every current OCU member is guaranteed a full-time job until retirement. Employers found to be outsourcing office clerical work to non-OCU workers would be fined.

The OCU hasn’t returned phone calls since the contract was rejected on Feb. 6, so it’s not certain if the membership felt the guarantees were insufficient. In fact, initial reports indicated that only three of the 16 OCU bargaining units rejected the contract, but it was later determined the other bargaining units approved the agreement provisionally until it gets the backing from all units.

As for employers, they insisted upon an end to what they termed featherbedding practices that for years have inflated the cost of their backroom operations. The OCU contract provides workers with dozens of vacation and sick days each year. When a worker is on vacation or calls in sick, the job must be filled from the hiring hall, even if the office work can proceed without filling the job.

Also, when workers retire or quit, the previous contract stipulated the position be filled with another full-time worker. In this era of information technology, computers inevitably replace some work and therefore some jobs are no longer needed.

Employers said they’re willing to guarantee employment to existing OCU members, but not to their children and grandchildren. Many unions in U.S. industry resist changes that threaten to forever alter a lifestyle their families have enjoyed for decades.

Negotiators for the OCU stood tough since contract negotiations began in April 2010. The OCU struck 10 of the 14 terminal operators in the port complex on Nov. 27, and agreed to pull their pickets on Dec. 4 only after Los Angeles Mayor Antonio Villaraigosa intervened and federal mediators boarded a plane in Washington to bring the two sides together.

Employers, meanwhile, stood together through 2 ½ years of talks, and agreed to take a hit even though the OCU pickets were posted initially at only one marine terminal.

Although the OCU has called for strikes in past contract negotiations, the job actions were generally ineffective because waterfront arbitrators appointed jointly by the ILWU dockworkers union and the Pacific Maritime Association ruled that dockworkers would violate their own contract if they crossed the picket lines.

Last year, however, the coast arbitrator ruled that an OCU job action is considered a bona fide picket line, so the ILWU dockworkers were free to honor the picket lines and cease cargo handling.

The ILWU dockworkers, by agreeing to shut down the ports, also lost pay. Perhaps more damaging, they opened up the old wounds that contributed to a loss of market share at all West Coast ports during the past decade. The West Coast share of the U.S.-Asia trade has declined to less than 70 percent from more than 80 percent in the early 2000s.

In the eyes of retailers and other shippers, the ILWU wasn’t to be trusted. This became apparent when, despite contentious contract talks much of last year between the International Longshoremen Association and employers on the East and Gulf coasts, it appears little if any cargo was diverted to the West Coast. Container volume in Los Angeles-Long Beach rose only 1 percent in 2012, versus about 3 percent for U.S. ports as a whole.