Why is this affecting us. Please review the JOC reporting below: 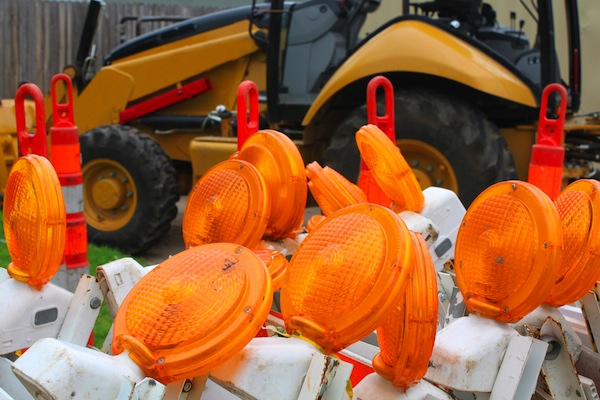 In his State of the Union speech, President Obama said the United States will invest more in transportation infrastructure, but he expects the private sector to bring the cash. House Transportation and Infrastructure Committee members the next day recoiled from testifying panelists’ suggestions that the most credible funding options include politically unpopular words such as “tax” and “toll.”

Transportation advocates could be forgiven for thinking they stepped into a time warp back to 2012 when Congress barely irked out a two-year surface transportation bill, or the years when President Bush pitched public-private partnerships as a solution.

But it’s not all déjà vu. Unlike his predecessor, new T&I Chair Bill Shuster, R-Pa., hasn’t entirely ruled out indexing the federal fuels tax to inflation or raising it. Though politically unpopular for Congress and the president, hiking the fuels tax for the first time in two decades appears to be the only way to maintain surface transportation spending in the short-term. More fuel-efficient vehicles are generating less revenue for the Highway Trust Fund, the main engine for highway and road spending, while the cost of maintaining and expanding the national network rises.

The HTF will face a more than $20 billion shortfall when the current bill, known as MAP-21 (Moving Ahead for Progress in the 21st Century), expires at the end of September 2014. Using tricky accounting, or budget offsets, won’t plug the hole because “we’ve scooped all the nickels and dimes from the sofa cushion to get a two-year MAP-21,” said Susan Binder, senior associate at Cambridge Systematics, a transportation consulting firm.

Tapping the Treasury to plug the shortfall, as has been done in the past, might not be an option because of the tight fiscal environment. And taxing drivers by how far they travel — a vehicle mileage tax — isn’t a credible short-term solution, either.

Other proposals include tying the production of domestic energy to infrastructure spending and bonding a slight increase in the fuel tax to gain a bigger bang. Meanwhile, the threat of the sequestration is sapping some legislators’ attention, and even if the next wave of cuts is avoided or blunted, other fiscal cliffs, ravines and gorges await.

Encouragingly, Shuster has put all options on the table when it comes to boosting highway funding, said Joshua Schank, president and CEO of the Eno Center for Transportation, a nonpartisan think tank. That’s a departure from former T&I Committee Chairman John Mica’s steadfast rejection of a gas tax increase.

That openness and Shuster’s belief that providing transportation infrastructure is something fiscal conservatives should embrace aren’t the only things suggesting the buildup to the next surface transportation bill could be different this time around.

“Shuster is a much more powerful transportation advocate than Mica,” Schank said. “(Shuster) has a better connection to Republican leadership, and his father (Bud Shuster) used to head the committee.”

Despite its unpopularity within the Beltway, the idea of raising taxes — whether on fuel or sales — to pay for infrastructure is gaining force across the nation. Lawmakers from Virginia, Maryland, Nevada and others states are taking different approaches, but the onus is the same: They need more help from Uncle Sam to maintain their networks, and they aren’t receiving it.

Donohue’s insistence that the fuel tax is a user fee for access to U.S. roads rather than a true tax drew a sharp rebuke from Mica, suggesting old opposition dies hard. The Florida congressman in a statement accused Donohue, the head of the most powerful U.S. business lobby, of “backsliding” into a myopic tax and spend agenda” after he supported raising the fuel tax at the T&I committee’s first hearing of the year.

Aside from finding more revenue, Shuster also has to walk a thin line in balancing the federal role in allocating funds to states but also giving them enough autonomy when it comes to deciding how federal dollars are spent. Giving states wider latitude to raise tolls on roads appears to be gaining support and so is shifting the Department of Transportation’s role from big brother to more of a project adviser. Concurrently, however, the federal government wants more states to create freight plans and fit those into the national scheme, which is still being formed.

Those looking for Obama to transform his support of infrastructure into a plan with a funding solution are likely to be disappointed. The president’s new Fix it First program will commit $40 billion toward projects most needing repair.

The tact of bringing highway, roads, bridges and airports up to standard instead of just taking on new projects is admirable. What is less so is Obama’s means of paying for the upgrades. His plan to use $10 billion to create a national infrastructure bank, reduce red tape to speed up construction and boost bonding capacity to seek more private capital won’t fix the short-term funding crunch.

The sliver of goods news is that the unlikely pair of Obama and Donohue is in agreement that private capital needs to be tapped more. The private sector is ready to unleash roughly a quarter of a trillion dollars for U.S. infrastructure, but too few state and local officials know how to get to the PPP table. Donohue called on all states to pass legislation allowing public-private partnerships by the end of next year.

But Shuster and Congress will need more money for roads, highways and bridges long before then, and there still needs to be a steady public funding stream for investors to latch onto. Sound familiar?