Rejected: All OCU Units Vote No on Contract 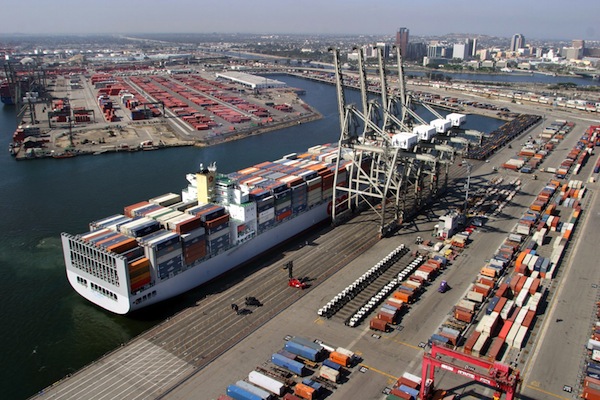 After finally hearing the official tally of votes late Thursday from the union representing office clerical workers in Los Angeles-Long Beach, the organization that represents waterfront employers announced that all of the union’s bargaining units rejected the tentative contract that was agreed to on Dec. 4.

The Office Clerical Unit of international longshore & warehouse union Local 63 voted Wednesday on a new contract that is scheduled to run until 2016. The office workers who process documentation at shipping lines and marine terminals had been working without a contract since Jun 2010.

In negotiations in late November and early December leading up to the Dec. 4 tentative contract agreement, office workers picketed 10 of the 14 terminals at the ports. The ILWU dockworkers refused to cross the picket lines, and the 10 terminals were shut down for eight days.

Employers indicated that all day Thursday the union refused to share the results of the vote with the employers association. Neither the union nor the employers returned phone calls. However, in conversations with individual employers, reports circulated that three of the 16 OCU bargaining units rejected the tentative agreement and the other units voted in favor of the contract.

Late Thursday, the employers association released the following statement: “In fact, the harbor employers were formally notified by the union today that in voting on Wednesday night all 16 OCU bargaining units failed to ratify the Dec. 4 tentative agreements.”

Unlike the ILWU dockworkers, who negotiate a coastwide contract, each company that employs OCU workers has its own contract. The situation Thursday was especially confusing because some employers had indicated earlier in the day that there was disagreement as to whether all of the agreements had to be approved to make the contracts valid, or if in the split vote those contracts that were supposedly approved would be considered valid and those that were not had to be renegotiated.

According to statements from employers after the tentative agreement was reached in December, office workers would earn on average $190,000 a year in wages and benefits by the end of the six-year agreement.

Merger of German Ship Lines Could Ignite Others

Container shipping is holding its collective breath as Happag Llyod and Hamburg-Sud negotiate the terms of a merger that could unleash far-reaching changes across the industry.

There have been no leaks about the progress of the talks in Hamburg since the two German carriers issued a brief announcement on Dec. 18 that they were investigating “if, and under what conditions, a merger of both companies would be of interest.”

As the companies, which began preliminary talks in the summer, move from due diligence to the nitty gritty details of a merger, it is still unclear to outsiders how a deal could be structured and which carrier will emerge as the senior partner. A previous attempt to join forces in 1997 failed at the last minute because of differences over valuation, ownership and shareholder control, and there’s no guarantee of success this time round.

That’s despite the fact that the logic for a merger is even more compelling than ever as competition intensifies across all trade routes and the world’s top three carriers — Maersk Line, Mediterranean Shipping Co and CMA CGM — start to pull ahead of the chasing pack. A merger would transform two medium-sized players in the world’s fourth-largest carrier, with a fleet of nearly 250 ships totaling 1.05 million TEUs, transporting more than 8 million TEUs a year, an 11,500 strong payroll and annual revenue of around $11.4 billion. The fact this translates to a relatively modest global market share underscores the economic rationale for consolidation in a fragmented industry operating in a highly cyclical business.

A merger would also be a perfect fit both culturally as well as operationally as the carriers’ networks are highly complementary, with Hapag-Lloyd focused on the main haul east-west routes and Hamburg Sud a key player in the more niche Latin American and Australasia trades.

Michael Behrendt, chairman of Hapag-Lloyd’s executive board, foreshowed the difficulties facing dealmakers at the two German carriers, when he expressed scepticism over mergers or takeovers in an industry that spurns consolidation even when it makes sound economic sense. “No one wants to abandon the helm,“ he was quoted as saying back in 2012. “Mergers on an equal footing do not work. In this industry, mergers are only possible in a very hard and absolute way.”

A merger is long overdue, according to Alphaliner, an industry analyst, but “both carriers remain fiercely independent and will need to overcome the difficult issue of valuation as neither company is publicly listed.”

This could be a deal breaker just as it was back in 1997. But Hapag-Lloyd has undergone a complete ownership overhaul since then, and it’s in the interests of its major shareholders, who rescued the carrier from near certain bankruptcy a couple of years ago, to adopt a more flexible negotiating stance. The city of Hamburg, with a 36.9 percent share, is under political pressure to show a return on its investment, and German tourism giant TUI , with a share of 22 percent, says a merger would increase the value of its stake as it seeks to exit container shipping, most likely via an IPO in 2014.

A key role likely will be played by logistics tycoon Klaus-Michael Kuehne, with 28 percent, who has long campaigned for a single German ocean carrier that can compete with industry leaders Maersk and MSC.

There’s talk Hamburg Sud likely will walk away if it does not get majority control of a merged carrier, not least because it is debt free while Hapag-Lloyd was saddled with net debt of 1.8 billion euros ($2.45 billion) at the close of the third quarter of 2012.

Hamburg Sud can come to a speedy decision because it has a single shareholder, the wealthy Oetker family that controls a successful pizza-to-financial service business that might be ready to shed a non-core shipping business if the terms are right. Oetker, which proposed a merger back in 2004 that was spurned by TUI, then Hapag-Lloyd’s sole owner,  likely views the current negotiations as a “now or never” opportunity to cut a deal at a time when its niche markets are under threat as the bigger players look to expand their cargo base.

A successful outcome to the negotiations could provide the catalyst to kick-start merger and acquisition activity that has stalled since the last round of consolidation ended with Hapag-Lloyd’s $2.3 billion takeover of CP Ships in late 2005.

Ironically, the most likely partner is Singapore’s Neptune Orient Lines whose bid to acquire Hapag-Lloyd from TUI in 2008 was torpedoed by an outbreak of Hamburg nationalism that led to its “rescue” by the Albert Ballin consortium, including Klaus-Michael Kuehne, that still owns 78 percent of the carrier.

An added bonus is Hapag-Lloyd’s close operational ties with Asian carriers as the only European member of the powerful G6 Alliance that includes APL the container shipping arm of Neptune Orient Lines. The local shipping community also is a little less inward looking these days, with Ron Widdows, the American head of APL at the time of abortive Hapag-Lloyd bid, appointed CEO of Hamburg-based shipowner Holding, a year ago. As NOL was preparing its controversial bid for Hapag-Lloyd back in 2008, Widdows remarked: “If it’s not this time, then it’s another time.”

A merged Hapag-Lloyd, Hamburg Sud and APL would leap frog CMA CGM into third place in the carrier rankings with a 9.8 percent market share, compared with the French line’s 8.3 percent, according to Alphaliner.

A Hapag-Lloyd-Hamburg Sud merger likely would give the final push to Japan’s Big Three — MOL, NYK Line and “K” Line — to merge their container units into a single carrier commanding a 7.5 percent market share. This all-Japanese alliance might be the catalyst for Korean carriers — Hanjin Shipping and Hyundai Merchant Marine to tie the knot to amass a combined 5.5 percent market share.

And then container shipping would start to look like a normal industry.