To our ocean customers, please stay informed on the ILA-USMX talks reported by JOC 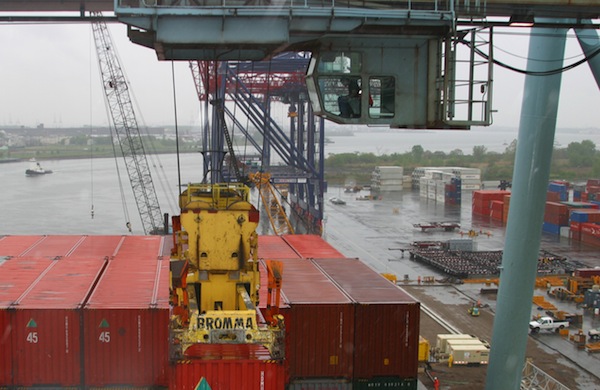 The latest ILA-USMX contract extension expires at 11:59 p.m., Feb. 6. The union and employers have held a series of federally mediated bargaining sessions since agreeing to an extension last month that averted a threatened Dec. 30 strike.

Last week’s negotiations between the ILA and the New York Shipping Association on a supplemental local contract reportedly closed on a sour note Friday after ILA President Harold Daggett reiterated his objection to the NYSA’s proposed changes in work rules.

Work rules at the high-cost Port of New York and New Jersey have been a top issue in this year’s negotiations. Employers want changes to decades-old provisions that require excess staffing and pay for workers who aren’t on the job. The ILA says the proposed changes go too far.

Both sides have said agreement on a Maine-to-Texas master contract hinges on settlement of supplemental local contracts led by the one covering New York-New Jersey.

This week’s ILA-USMX meetings will be crucial in determining whether East and Gulf Coast ports are hit by their first coastwide shutdown since 1977.

Small committees representing the ILA and USMX will meet on Tuesday in Newark, N.J., to discuss the coastwide contract, which covers container-handling wages, container royalties, jurisdiction, and automation, and defines the 8-to-5 basic workday.

At the federal mediator’s request, negotiators have avoided comment on the negotiations.

Coastwide and local dockworker contracts were originally set to expire last Sept. 30, but were extended to Dec. 29, and then again through Feb. 6.

If negotiators can’t agree on a contract or a third extension by Feb. 6, the ILA could strike, or a management could shut the ports by locking out union workers. Employers discussed a lockout before they and the union agreed to the current contract extension last month.