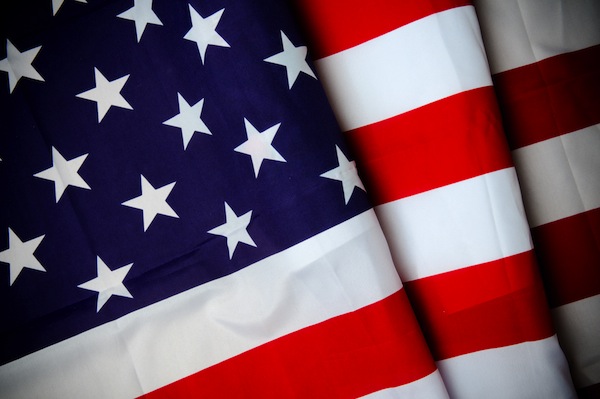 WASHINGTON, D.C. — For those in Beltway, the State of the Union is a bit like Christmas for the rest of us. It’s a time to hope that President Obama will bring one’s nonprofit, lobby or think tank a juicy present by mentioning or, better yet, endorsing their group’s view. There is some hope that transportation and trade proponents will get a few stocking stuffers, while immigration and gun-control advocates will likely get the big gifts when Obama addresses the nation tonight.

The Washington Post expects Obama to “call for new infrastructure investment — roads, bridges, power grid, that sort of thing.” Behind the speculation and advocacy are some excellent points on the state of transportation and trade, and where it’s headed. Here are some highlights of stories and editorials circling Washington, D.C.:

The Washington Post’s Neil Irwin advances talk of the need for infrastructure investment by suggesting that the U.S. faces “a once-in-a-lifetime opportunity” because of the cheap cost of construction. That’s a result of incredibly low interest rates and millions of unemployed construction workers, he wrote. But private construction is reving up again, meaning Congress and Obama have to act soon.

— Obama should ramp up efforts to double exports.

Amy Liu, co-director of the Brookings Institution Metropolitan Policy Program, notes that the president’s export push was a highlight of his first term, but global economic malaise makes his goal to double exports by the end of 2014 tricky. Liu cites a Brookings paper suggesting Obama “establish a modest short-term regional export accelerator grant program to help public-private partnerships design and execute customized plans to boost exports.” The reasoning behind this approach is that 84 of the top 100 largest metro area “perform below the national average on exports,” despite being the biggest economic generators in the nation’s economy, she wrote.

Europe expects Obama to “signal his political support for the beginning of the talks,” Andras Simonyi, managing director of the Center for Transatlantic Relations at John Hopkins University’s School of Advanced International Studies, told Reuters. Under such a trade pact, the U.S. and EU would remove remaining tarriffs, harmonize product standards and reduce other barriers to trade, Doug Palmer, of Reuters, wrote.

The financial problems in Europe and the U.S. are accelerating a redesign of the intermodal Trade Newsmap, with new winners and losers emerging as companies develop increasingly complex supply chains.

The World Trade Organization late last year cut its 2012 trade growth forecast from 3.7 percent to 2.5. Although it predicted growth would bounce back to 4.5 percent this year, the WTO warned there are still significant downside risks to this outlook.

When exports were growing rapidly, manufacturers could afford some slack in their supply chains. Now that trading conditions have become tougher, however, they are increasingly aware of the advantages of being able to exert influence upward toward their suppliers and downward toward their end-customers.

Supply chains have become exponentially more complex than they were even five years ago. The components that go into an iPhone, for example, come from multiple countries, and manufacturers are being forced to adapt to a new environment of Global Sourcing. Even something as simple as a soft drink sold in China might involve packaging supplies from India, sugar from Thailand and flavorings from the U.S.

The search for increased efficiency has prompted a re-examination of the supply process from first principles. Manufacturers are becoming “vertically aware” as they examine all aspects of the chain to understand where costs are accruing. They are cleaning up their balance sheets, shifting inventory holding up or down the chain, cutting out unnecessary steps in logistics handling, and negotiating contracts between tier three and tier two suppliers.

They’re also looking for greater efficiency in their supply chain financing, seeing banks as a potential source of savings and as a promoter of cost benefits.

Lower global interest rates are playing their part, but the biggest factor in the availability and cost of funding is probably competition. Although European banks have been pulling out of Trade Finance in Asia, for example, regional and local lenders hungry for new business are filling the void.

These local and regional banks have deepened the liquidity pool, but they are entering the fray just as companies are seeking greater breadth. Although increased competition and slowing trade growth have forced margins down, smaller manufacturers intent on eliminating financial friction in the supply chain are looking to banks that can provide a streamlined service across a broad range of geographies and products.

Complex multinational buyers, of course, have always expected their banks to provide global connectivity to suppliers. In HSBC’s case, our biggest customers have used open account funding for many years, and they are increasingly adopting automated approved invoice solutions that give key international suppliers the option to get paid for their goods early, thus ensuring financial stability in the supply chain.

In addition to being robust, supply chains must be flexible enough to respond to opportunities presented by the emergence of new trade corridors. For the remainder of this decade, we expect to see a dual speed rebound in global trade, led by growth along south-south corridors linking Latin America, Africa and Asia until the developed north regains momentum from 2015.

In our latest “Global Connections” study of 23 economies, we forecast vigorous growth in merchandise exports for all Asian countries apart from Japan through 2030, led by bilateral trade between India, China and Vietnam. Prospects vary in Europe, where we’re most upbeat about eastern economies such as Turkey and Poland that are building trade corridors to Asia.

It’s a similar story in the Americas, where we expect exports to prove most dynamic in Mexico over the near term, with growth averaging 8 percent a year to 2020.

Although we’re forecasting 6 percent annual export growth for the U.S. and Canada through 2015, we anticipate that pace will pick up toward the end of the decade as traditional trade partners in the developed world begin their economic recovery. What’s more, we’re forecasting strong growth in U.S. trade with India and China as incomes there rise, feeding demand for U.S.-made merchandise ranging from fast-moving consumer goods to specialist technology and pharmaceutical products.

It’s a signal that emerging markets such as China, which were previously known as centers for manufacturing, are becoming equally important as destinations for Western exports.

Increasingly aware of these trends, leading manufacturers no longer are satisfied with serving as a single link in a linear supply chain. They know the supply chain, and the global trade map it dictates, are changing shape.

Connectivity is the key to being a winner in the new world order, and few companies can afford to be complacent amid what’s arguably the greatest structural shift in international business for a generation.