Getting better by working together. Opinion from our Canadian neighbor repoted by JOC. 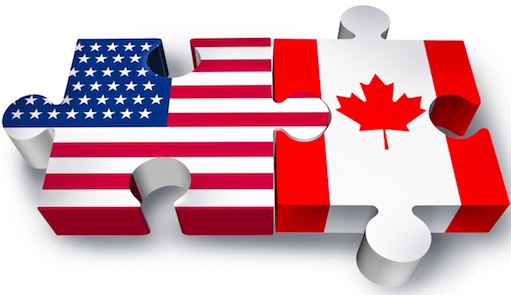 MISSISSAUGA, Ontario — The world economy is generating headwinds for Canada. The recession in Europe won’t be short and shallow, and China’s economy is growing at the slowest pace since 1999.

Nevertheless, the outlook for the world economy is brightening. “We do think we will see stronger growth in China next year, topping the 8 percent mark,” Dawn Desjardins, assistant chief economist for the Royal Bank of Canada told the JOC’s Canada Maritime Conference here on Tuesday.

Canadian growth is slowing after a strong start out of the Great Recession. “Consumer spending provided a lift during the early days of expansion, but spending is slowing now,” she said. “We are still looking at a low level of home sales in 2012-2013.”

U.S. economic growth, still at a sub-par pace, remains a question mark. “But low interest rates will keep it growing, and low funding rates will keep the global financial system going,” Desjardins said. “We are seeing sustained increases in economic activity in the U.S. as consumers and businesses react to lower interest rates.”

Global trade volumes stalled in 2012, increasing only about 1 percent. The European economies are in recession. Desjardins said trade growth would be moderate by historical standards.

Now that President Obama has been re-elected in the popular as well as electoral vote, the U.S. is likely to avoid jumping off the fiscal cliff, but spending restraint is coming. “The pieces of the puzzle will come together,” she said.

The U.S. housing market is recovering after six years of decline, albeit from very low levels. “That’s important for Canada in that it sells housing materials to the U.S. Still Canada’s export sector has underperformed by historical standards,” she said.

Canadian manufacturing activity is picking up and prospects for more exports are brightening. At the same time, the strong Canadian dollar means Canadian companies are importing more capital goods.

The Canadian dollar has benefited from high commodity prices and will continue to strengthen as global headwinds diminish, moving up toward C$1:US$1.05. This will encourage more imports.

Canadian construction spending is shifting from residential to non-residential spending.

“There are many headwinds, but we think that the combinations of a strengthening U.S. economy and domestic Canadian growth will enable it to continue,” Desjardins said.

CSX Transportation shippers with intermodal shipments destined for the Port of New York and New Jersey but diverted to mid-Atlantic ports because of Hurricane Sandy can ship their cargo through the railroad’s Northwest Ohio intermodal terminal.

The option helps recover and re-establish freight flows for cargo headed to destinations ranging from Columbus to Nashville. Shippers with cargo destined for the Northeast but in mid-Atlantic ports can either ship directly north via the Eastern Seaboard or boomerang their shipments via the Ohio intermodal hub, said Andrew Glassman, assistant vice president of marketing at CSX’s intermodal group.

“Bring us the freight and we’ll sort it out for you,” he said.

Glassman said CSX contract customers won’t have to pay extra for the service, except for any additional port fees accrued at mid-Atlantic container terminals. The service is available for cargo diverted from the Elizabeth Marine Terminal, New York Container Terminal and Port Newark Container Terminal to Baltimore, Philadelphia, and Norfolk International Terminals and APM Terminals at Portsmouth, Va.

The Northwest Ohio Intermodal Container Facility, in North Baltimore, Ohio, is the western anchor of CSX’s National Gateway double-stack corridor. The state-of-the-art terminal, which is equipped with electric cranes, has seen a surge in business since opening in February 2011, largely because of the auto parts traffic.